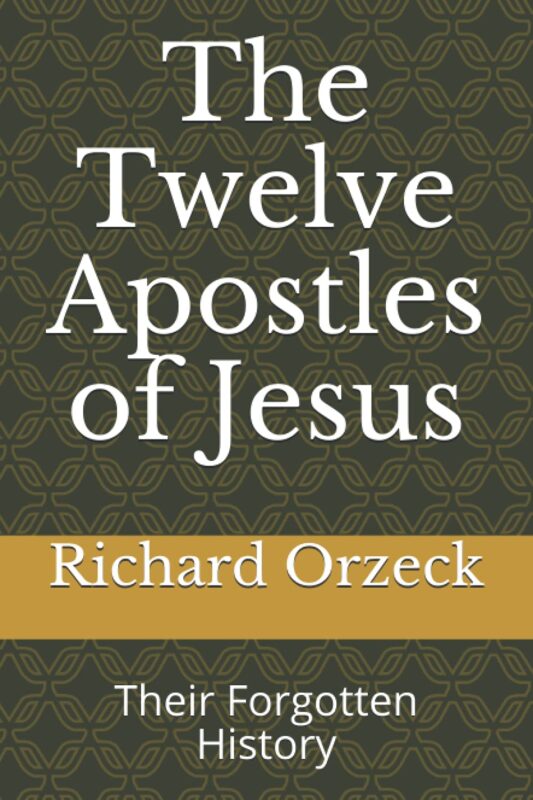 The Twelve Apostles of Jesus: Their Forgotten History

The Apostles of Jesus were twelve ordinary Jewish men who, literally, walked upon the face of the earth with the Son of God. And in doing so, they changed the course of human history. And we know almost nothing about them . . . Until now.

Order Now!
About the Book

The author’s name is Richard Orzeck and he is a practicing veterinarian living in upstate New York. For the last seven years, he has visited sixteen countries on three continents researching, photographing, and learning all that is humanly possible to know about these twelve men.Using scholarly sources, modern translations of the ancient texts, and the often-ignored concept of local tradition, the author follows the lives of each of the Twelve Apostles. He begins with their calling by the Lord, then documents the most likely geographical locations of their evangelical missions, and finally shares with his readers the locations of their deaths by martyrdom. Also, as well as it can be known, the author goes one step further and tells the reader the fascinating stories of the far-flung postmortem journeys of each apostle’s earthly remains and informs us of where their tombs can be visited today.

Share
Facebook Twitter Google+
Preview
Disclosure of Material Connection: Some of the links in the page above are "affiliate links." This means if you click on the link and purchase the item, I will receive an affiliate commission. I am disclosing this in accordance with the Federal Trade Commission's 16 CFR, Part 255: "Guides Concerning the Use of Endorsements and Testimonials in Advertising."