Furthermore, persecution is not the only negative aspect; erroneous doctrines and temptations combine with persecution to make discipleship a difficult way of life. Thus, despite the overwhelming promises or benefits to be had, discipleship has a second facet: difficulties. This article concentrates on the primary obstacles and challenges of the 12 disciples of Jesus Christ that confront discipleship or attempt to prevent the disciple from following Jesus Christ.

And He spent forty days in the wilderness, tempted by Satan while with the wild animals, and the angels tended to Him. (Matthew 1:13) (See also Matthew 4:1 and Luke 4:2)

Jesus Christ was tempted by the devil on several occasions.

“A servant is not greater than his master,”

Jesus once stated to His followers. They will persecute you if they persecuted Me. They will keep your word if they kept mine.” (Matthew 15:20) Jesus was referring to the fact that what he was feeling and what his followers were about to experience would be identical; that is, His disciples will experience the same joy and anguish that He was experiencing.

As a result, if Jesus was tempted, His disciples would be tempted as well. The question remains, though, what or who gives temptation? – Who tempts Jesus’ disciples? The devil is the one who tempts – (Matthew 4:1; Mark 1:13, Luke 4:2.) How does he manage to accomplish it? He concentrates on the wants of the disciples to tempt him to transgress – but each one is tempted when he has pulled away and seduced by his desires. (James 1:14–15)

What do you think? Temptation’s underlying aim is to cause the disciple to sin. Don’t forget that sin has always been the cause that separates man from God and once separated from God, man is in a condition of spiritual death.  It is written – Then, when desire has conceived, it gives birth to sin; and sin, when it is full-grown, brings forth death. (James 1:15)

Is Persecution one of the Challenges of the 12 Disciples?

Persecution is the culmination of numerous negative events, such as hatred, death, arbitrary arrest, torture, jail, and so on, all on behalf of Jesus Christ. Jesus was forthright enough to warn His disciples that such a thing would occur. Let us look at some of the various types of persecution outlined by Jesus

Hatred from the world

Jesus Christ prayed for His disciple in John 17 at some time in history, knowing that His days were numbered. What He said was more of an instruction than a prayer. While praying, He foretold some repercussions or problems that His disciples would face as a result of Him. He stated unequivocally that His disciples will face hostility.

Then they will hand you up to tribulation and murder you, and you will be despised by all nations for the sake of My name. (Matthew 24:9, NIV)

The following product has an affiliate link. We may receive a commission for purchases made through this link. 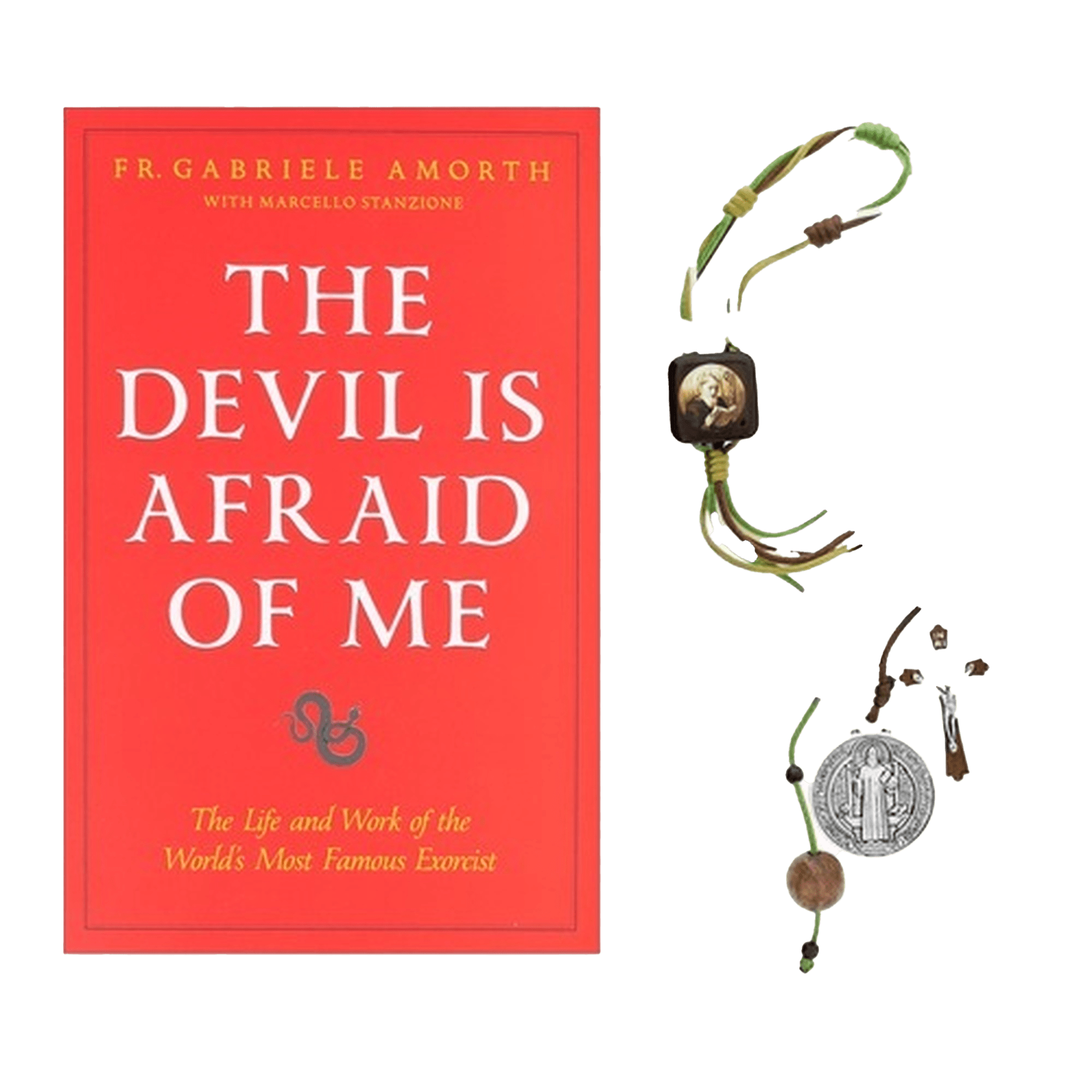 The Devil is Afraid of Me: The Life and Work of the World’s Most Popular Exorcist

We can do nothing against you because you are too protected!

So declared a frustrated host of devils to Father Gabriele Amorth, the priest exorcist in Rome who spent thirty years battling the Devil and his minions by performing more than sixty thousand exorcisms.

All the while, he deftly used modern media to awaken our disbelieving modern culture and even the Church to the reality of the Devil and his nefarious actions at all times and everywhere.

In these eye-opening pages, angelologist Father Marcello Stanzione tells the fascinating story of Father Amorth and his life as an exorcist.
Buy Today

One day, on the Mt. of Olives, Jesus was teaching His disciples about what was yet to come during the end times, and he told them about the persecution they were about to suffer, saying,

Then they will deliver you up to tribulation and kill you, and you will be hated by all nations for My name’s sake…  (Matthew 24:9) Aside from hatred and death, Jesus also mentioned that His disciples would face various kinds of persecution such as arrest, interrogation, imprisonment, etc;

But before all these things, they will lay their hands on you and persecute you, delivering you up to the synagogues and prisons. You will be brought before kings and rulers for My name’s sake. (Luke 21:12). Not long after Jesus’ resurrection and ascension, the disciples began to experience what was said beforehand:

The Permeation of False Teaching

In terms of destructive effectiveness, even persecution with all of its brutalities is inferior to erroneous doctrines. False teaching has accomplished what persecution, hatred, and jail could not. False doctrine has infiltrated, confounded, deceived, and devastated the church for ages, and followers have battled amid its pitfalls to this day.

False teachings have left an indelible imprint on Christianity by causing several schisms, and schisms have given rise to various sects and sets of doctrines throughout the Christendom. Arianism, Jehovah’s Witnesses, Christadelphians, and other sects are the result of erroneous doctrine.

Furthermore, erroneous doctrines are more successful than any other element in driving disciples astray. Throughout the years, Jesus’ disciples have had to deal with false doctrine. False teaching was common even in the days of the apostles. It appeared, perplexed the disciples, and had to be extinguished (Acts 15:1–31).

The all-knowing Jesus foresaw it coming, so He warned His followers ahead of time about the oncoming spread of false doctrines created by false teachers, false prophets, and so on, stating

“Beware of false prophets, who come to you in sheep’s clothing, but inside they are ravenous wolves.” (Matthew 7:15)

Given its track record throughout the ages, we may now name false teaching as one of the primary problems for followers. It has, to a large part, encouraged defection over the years, leading many followers astray and ending their discipleship prematurely.

NB: False doctrines, temptation, and persecution, such as death, suffering, jail, hostility, and so on, have done a significant deal of damage to Christianity from its inception. Disciples have had to cope with them and/or manage their lives via them throughout history. They are the primary problems for the disciple — challenges in the sense that they interfere with the disciple’s path of discipleship.

Persecution, false doctrines, and temptation are all designed to either deter the disciple from following Jesus or to lead the disciple down a path that will lead to his damnation. However, whether or not these trials are successful is determined by the disciple himself.

Self-imposed Challenges of the 12 Disciples

In terms of serving God, every disciple and Christian is an enemy to oneself or herself since some of the obstacles we will experience in following Jesus will originate from within. Our human nature has flaws and pleasures that make following Jesus Christ difficult. These variables, if not carefully checked, have the potential to take us off the road of following Jesus as Christians and disciples.

There were twelve disciples of Jesus, and one of them, Judas Iscariot, could not remain a follower of Jesus for the rest of his life because he strayed and became an apostate. Why? Though all of Jesus’ followers had faults, Judas Iscariot was the only one who surrendered himself to his weakness, and the devil finally led him astray into heresy and ruin by holding him by his weakness.

Judas Iscariot had an uncontrollable weakness: greed – the desire for money – and he became a lover of money. The treasurer of Jesus’ team was Judas Iscariot. He began to demonstrate his hunger for money by taking money from the money box that was entrusted to his care.

However, the coins he stole from the money box did not appear to be sufficient for him; he appeared to desire even more money. His need for more led him to perceive his Master, Jesus Christ, as a large offer to be accepted. Judas Iscariot’s avarice and thievery allow the devil to enter his life (Luke 22:3-5). The devil then urged him to go to Jesus’ adversaries – the chief priests – and betray Him.

When Judas Iscariot went to betray Jesus, he said to them,

“What are you prepared to offer me if I surrender Him to you?”

And they gave him thirty pieces of silver. Matt. 26:15

Judas Iscariot was all about the money; he was preoccupied with making more money by any means necessary, whether fair or foul. He had successfully sold Jesus and now had 30 silver pieces to add to the money he had stolen from the money box. His treachery eventually led to sorrow, and the remorse led to his death. Furthermore, Judas Iscariot became an apostate upon his treachery.

All of Jesus’ disciples connect with the fallen disciple, Judas Iscariot, in that we all have flaws. It is not important to have flaws; what is important is to identify and address our flaws. Having weaknesses is not a big deal; what matters is checking our weaknesses. We should ever be mindful that weaknesses are a major challenge to disciples for they can ruin our relationship with God and we will no longer be reckoned as disciples.

God despises sin, and it has always been the element that divides man from God. One of the reasons it is difficult for us to quit sinning is because certain immoral acts are pleasurable to our senses. Self-indulgence refers to the habit of engaging in immoral acts that we like or find pleasurable.

Most Christians and followers find it difficult to give up cyclic music since the beat and/or lyrics appear to thrill them so much. In modern Christianity, having sex before marriage has become a frequent and pleasant sin. Extravagance, aggression, vindictiveness, fornication, drunkenness, adultery, being litigious, lasciviousness, lustfully staring at the opposite sex, and so forth, are all common indulgences of many disciples in the modern church.

Conclusion Challenges of the 12 Disciples of Jesus Christ

Challenges of the 12 Disciples of Jesus Christ such as False teachings, temptation, and persecution stalk the disciple every day of their life. And all the three are entirely inspired by the devil. His motive for bringing them into the disciple’s life is to try to stop him or mislead him from following Christ Jesus.

However, moral weakness and self-indulgence have challenged a disciple and Christian pose on himself. Also, the devil is very good at harnessing our weaknesses to his advantage and our disadvantage

Resources Challenges of the 12 Disciples of Jesus Christ