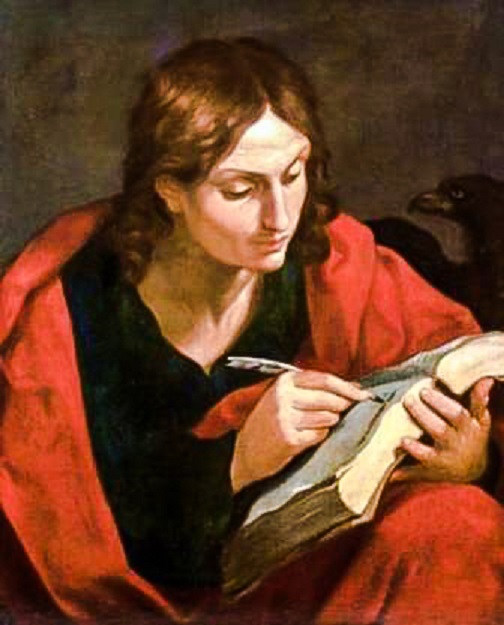 Characteristics of Saint John (also referred to as Saint John by the Catholic church) made us understand that sometimes he was confused with John the Baptist perhaps, these men were two very different figured in Biblical history.

John the Apostle was the younger brother of James and also a fisherman. John is known for writing five books of the Bible.


John, too, seems to have had a similar disposition—at least during the early part of his relationship with Christ—when, along with his brother James, he blazed in anger at the Samaritans who would not give Jesus hospitality for the night.

With good reason, just as explained in the characteristics of the 12 apostles Jesus had given the brothers the name ‘Boanerges’—sons of thunder.

Of the 12 disciples, Simon, the Zealot, appeared to be hot-headed, and he, too, was chosen by Jesus to be His disciple.

The Galilean fishermen, of whom John was one, were notoriously tough and volatile characters who would not hesitate to speak out plainly on any occasion which concerned them.

Peter, for example, when confronted during Christ’s trial by a young girl who accused him of being one of His disciples, lapsed into swearing and cursing (Matt. 26:74).

John’s passionate disposition was held in check and under control, and he was allowed to vent only on occasions when it was permissible and even necessary. In John’s gospel writings, note the intensity that he had displayed, but directed only against those who refused to believe in and acknowledge Jesus as the Christ.

John, too, seems to have had a similar disposition—at least during the early part of his relationship with Christ—when, along with his brother James, he blazed in anger at the Samaritans who would not give Jesus hospitality for the night.

With good reason, it seems, Jesus had given the brothers the name ‘Boanerges’—sons of thunder (Mark 3:17).

No doubt, as Jesus expounded to His disciples the truths concerning the coming Kingdom, those who were more ambitious coveted themselves a privileged position in the new regime.

Peter, on one occasion, wanted to know from Christ what his reward would be for having left all to follow Him (Mark 10:28).

Again, when traveling to Capernaum, the disciples were found arguing among themselves as to who was the greatest among them (Mark 9:34). It is evident from this and other incidents in the disciples’ lives that ambition was high on their list of priorities.

James and John, probably encouraged by their mother, wanted the two top jobs in the Kingdom and are considered by many commentators to be the two most ambitious disciples.

It seems, from the record contained in the Gospels, that John became the closest to Jesus of all the disciples.

John occupied the place of honor at the Last Supper, where he could engage in close and intimate conversation with his Master (John 13:23-26).

This closeness between himself and Jesus is also seen as we study the Gospel he wrote, for there we see signs of an intimate understanding of the ideas of the Lord that is not quite evident in the writings of Matthew.

He selects John to be the one who will have the responsibility for His mother, Mary.

This close relationship between Jesus and John comes over most clearly in the moments before Jesus’ death, when He selects John to be the one who will have the responsibility for the care of His mother, Mary.

During the three-year period in which Jesus talked and walked with His disciples, there were several occasions when He took three of them apart for a special purpose. The three who were singled out for this special favor were Peter, James, and John.

Interestingly, all three occasions when Jesus took Peter, James, and John apart were connected with the theme of death.

Although John was once a ‘son of thunder,’ it becomes obvious that his relationship with Jesus changed him from a proud zealot into a kind, deeply loving, and considerate person.

So, amazing is the change in John that he seems altogether a different disciple to the one who teamed up with Jesus in the beginning.

What Produced such a dramatic change?

We have already seen that it resulted from spending time in the presence of Jesus, listening to His words, and imbibing His spirit. John was a good learner, for what Jesus taught and demonstrated he not only saw and heard but assimilated into his person and put it into daily practice.

In the early days of the Christian Church in Jerusalem, it seems that the believers met to pray, not only in their homes but also in the Temple (Acts 2:46).

On one occasion, when John and Peter passed through the Beautiful Gate on the way to the Temple, they encountered a beggar asking for alms.

Peter and John were unable to give any financial help, but they gave him something better—healing and deliverance through the Name of Jesus.

The healing of the lame man resulted in the immediate gathering together of a great crowd which, in turn, furnished them with the opportunity to present the claims of Jesus Christ to the people.

As a result of their preaching, they were both charged not to preach anymore, but they decided to disobey the authorities and continue their anointed witness to the Lord Jesus.

We are always on the search for beautiful products and the same is for Apostle John gifts that you can find in the Apostle John Shopping Zone.

With his fiery temperament and special devotion to the Savior, John gained a favored place in Christ’s inner circle. His enormous impact on the early Christian church and his larger-than-life personality makes him a fascinating character study. His writings reveal contrasting traits.

For instance, on the first Easter morning, with his typical zeal and enthusiasm, John raced Peter to the tomb after Mary Magdalene reported that it was now empty. Although John won the race and bragged about this achievement in his Gospel (John 20:1-9), he humbly allowed Peter to enter the tomb first.