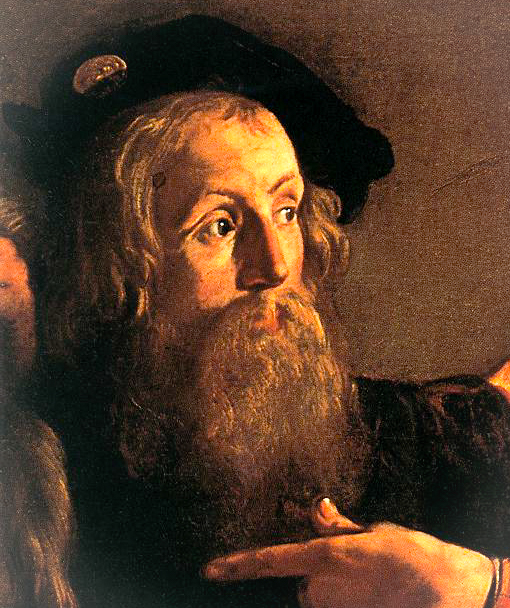 This article describes the characteristics of Apostle Matthew who was a tax collector for the Roman government, which made him detestable to the Jewish religious leaders.

Jesus called him away from his post, and Matthew left immediately and held a dinner at his home.

Matthew became a disciple, and later Jesus chose him as one of the apostles who would be part of the church foundation with Christ as the cornerstone.

According to the Characteristics of the 12 Apostles, the name Matthew appears only five times in the Bible, but he is also called Levi.

There is no specific mention of ministry by him after Acts chapter 1.

However, his gospel account has some very significant detail about the Lord Jesus, fulfilled prophecy, miracles and signs, and validation of Christ’s bodily resurrection.

There are many other unique details in Matthew’s gospel that can affirm faith in Christ Jesus, the Son of God.

Made the Most of a Bad Situation

The first characteristic of the 12 Apostles exemplified in the life of the apostle Matthew was making the most of a bad situation. Matthew’s home country Israel was under siege by the Roman Empire. He, like many others, could have thrown up his hands and moped and complained about the adverse circumstances, but he didn’t.

He chose to make the most of a horrible situation, even if it was at the expense of his fellow Jews. The point here is not to advocate living by situational ethics, but only to point out that Matthew demonstrated a positive attitude amid troubles.

Endured Ridicule and Scorn to Get What He Wanted

The second characteristic exemplified in Matthew’s life was perseverance, i.e., he was willing to endure ridicule and scorn to fulfill his desires. Of course, before he left everything to follow Jesus, Matthew was a dirty, nasty, money-grubbing scoundrel.

At first glance, one would think Jesus was crazy to choose him to be one of his disciples. But, on the positive side, Matthew had thick skin, for he was willing to endure ridicule and scorn from his fellow Jewish countrymen to get want he wanted.

He did not care about the opinions of an ordinary man. He did care about being popular with the in-crowd. He knew what he wanted and did whatever was necessary to have it despite the attitudes of others around him.

Became a Student of His Cause

The third characteristic of apostle Mathew was to become educated and knowledgeable in the desired pursuit. Matthew’s account of Jesus’ life is well-researched with important references to the Hebrew Scriptures (also known as the Old Testament in the Christian Bible).

Of course, Matthew had been an eyewitness of Jesus’ life, but as an educated Jew, Matthew knew that Jesus could only be the long-awaited Messiah if he fulfilled the Old Testament prophecies concerning the Messiah.

So, Matthew did not rest his belief in blind faith but rather studied to make sure this was the real thing. After he was sure it was the real thing, he circulated the account to others so that they too could be sure that Jesus was the Messiah.

Desired the Finer Things in Life

The fourth characteristic exemplified in the life of the apostle Matthew was a desire for the finer things in life. This desire is inherently seen in that Matthew was a money-grubbing tax collector for the Roman Empire. Yes, he was extorting his own Jewish people to get rich and gain possessions, but in doing so, he shows that he wanted the best of life, and he was willing to do anything he could to have it.

The fifth characteristic exemplified in the life of this follower of Jesus was that he was open-minded and teachable. If proven wrong, he was willing to change course to go in a better direction.

Even though Matthew sacrificed everything, including his reputation, he was not closed-minded or locked into one path of life to gain what he wanted.

It seems he was constantly studying the horizon to find something better. And, when Jesus came along and called him to follow him, Matthew left everything behind, including his wealth, for something even more valuable.

Reconciled with Enemies to Fulfill a Greater Purpose

Another biblical attitude or characteristic exemplified in the life of Matthew was the willingness to reconcile with enemies to fulfill a greater cause. Matthew was a tax collector and a collaborator with the hated Roman occupiers; he seemed to think that survival came through cooperation.

Another of Jesus’ chosen apostles was Simon, the Zealot who hated the Romans with a passion to the point of violence and revolution. Before he was a follower of Jesus, Simon most certainly saw Matthew as an enemy of the nation of Israel, as a treasonous traitor.

Matthew probably didn’t love Simon the Zealot too much either. Yet, he was willing to reconcile with his enemy to fulfill the greater purpose of introducing the good news of Jesus Christ to the rest of the world.

Left a Legacy to Bless Generations after Him

His original name was Levi. He was the son of Alpheus, and his home was at Capernaum. His business was collecting dues and customs from persons and goods crossing the Sea of Galilee or passing along the great Damascus road, which ran along the shore between Bethsaida, Julius, and Capernaum.

Christ called him from this work to be His disciple. He appears to have been a man of wealth, for he made a great feast in his own house, perhaps to introduce his former companions and friends to Jesus. His business would tend to give him a knowledge of human nature, accurate business habits, and how to make a way to the hearts of many publicans and sinners not otherwise easily reached.

After the resurrection of Christ, he is mentioned only once in Acts, but he must have lived many years as an apostle since he was the author of the Gospel of Matthew, which was written at least twenty years later.

There is reason to believe that he remained for fifteen years in Jerusalem, after which he went as a missionary to the Persians, Parthians, and Medes. Tradition says that he died a martyr in Ethiopia.