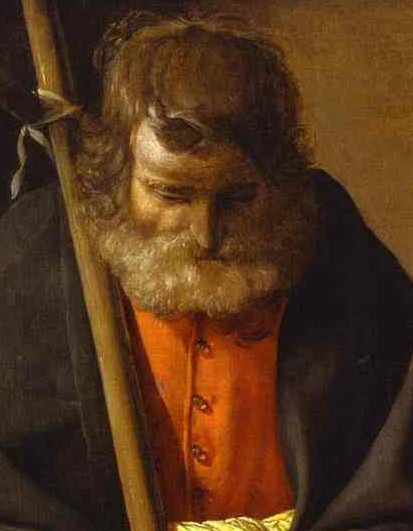 What do we know about Philip The Apostle facts? Almost nothing. Although a Jew, we only know him by his Greek name, Philip. A heart for evangelism, he was anxious to tell Nathanael the One foretold by Moses and the prophets had been found.


The Acts of Philip is a traditional source for his life after the gospels and Acts. It describes missionary journeys to Greece, Phrygia, and Syria.

Saint Philip was martyred in the city of Hierapolis after he converted the wife of a proconsul.

The enraged proconsul crucified both Philip and the Apostle Bartholomew. (John 1:45)

They were close companions and possibly studied the Old Testament together.

Philip was stoned and crucified in Hierapolis, Phrygia.

Philip is an important figure throughout the gospels. He may be most famous for his conversation with Nathaniel in the Gospel of John and when he spoke up during the feeding of the 5,000. When Jesus was teaching people by the sea of Galilee, he saw that they were hungry.

He turned to Philip and said,

“Where are we to buy bread for these people to eat?”

“Six months’ wages would not buy enough bread for each of them to get a little.”

When the apostles bring Jesus five barley loaves and two fish, Jesus feeds 5,000 people with them. Bread baskets figure prominently in Philip’s symbol, pointing us to this story.

While hanging from the cross, Philip continued to preach, and he so moved the crowd that they took Bartholomew down. When they came to remove Philip from the cross, he insisted that he stay. For this reason, the cross frequently accompanies Philip’s breadbaskets in his symbol.

Quick facts about the Apostle Philip

Philip knows the Old Testament. When Jesus calls Philip, he tells his friend Nathaniel that he has found

When Philip mentions “the Law,” he refers to the first five books of your Bible: Genesis, Exodus, Leviticus, Numbers, and Deuteronomy.

The “prophets” refers to a good chunk of the rest of the Old Testament. Philip brings others to Jesus. Like the apostle Andrew, when Philip meets Jesus, he immediately tells someone else about the Lord. We see Philip bringing his friend Nathaniel (which may be another name for the apostle Bartholomew) to Jesus in the first chapter of John’s Gospel, and later on, he and Andrew bring some God-fearing Greeks to Jesus, too.

Philip seems to be a pragmatist. Remember that time Jesus fed 5,000 men (and a lot more women and kids) with just five loaves and two fish? Before He did that, He tested Philip’s faith and asked him how they might feed the multitude.

Philip asks Jesus to show them the Father, which doesn’t make him look too good. Jesus asks him,

“Have I been so long with you, and yet you have not come to know Me, Philip?

Philip only speaks in the Gospel of John. Matthew, Mark, and Luke all list him as one of the twelve, but like Thomas and Judas/Thaddeus, his only speaking roles are in the last gospel.

Philip’s name is coupled with Bartholomew and Thomas in some of the lists of the twelve: it’s possible that he worked closely with these two (Mt 10:3; Lk 6:14; Ac 1:13).

Philip’s Willingness to serve in the Lord’s Vineyard

Philip was willing to be ready to serve the Lord was later demonstrated in John 6:1-14 when Jesus found Himself being followed by about 5,000 people.

Jesus asked Philip where they could buy bread to feed all the people. Philip quickly answered and said that two hundred pennies worth of bread would not buy enough for everyone to eat, referring to the fact that there was not enough bread for everyone available.

Jesus responded by telling the disciples to have the people sit down while He took five loaves of bread and two fish and blessed the food, which miraculously multiplied into so much food that it took 12 baskets just to gather up the leftovers of the bread.

Philip’s willingness to be part of the ministry of Jesus would play itself out many times afterward in the years to follow while Jesus was on the earth and after His ascension.

In the Roman Rite, the feast day of Philip, along with that of James the Less, was traditionally observed on 1 May, the anniversary of the dedication of the church dedicated to them in Rome (now called the Church of the Twelve Apostles) but this 1st of May celebration has been moved to the 3rd of May.

The Eastern Orthodox Church celebrates Philip’s feast day on 14 November. One of the Gnostic codices discovered in the Nag Hammadi library in 1945 bears Philip’s name in its title, on the bottom line.

Apostle Philip participated in the miracle of the loaves and fishes (John 6:5–9), accounting for his symbol in medieval art of loaves. With St. Andrew the Apostle, he brought word to Jesus that certain Greeks had asked to see him (John 12:21–22).

In the Roman Rite, the feast day of Philip, along with that of James the Less, was traditionally observed on 1 May, the anniversary of the dedication of the church dedicated to them in Rome (now called the Church of the Twelve Apostles). The Eastern Orthodox Church celebrates Philip’s feast day on 14 November. One of the Gnostic codices discovered in the Nag Hammadi library in 1945 bears Philip’s name in its title, on the bottom line.

There’s really not much we can say about Philip without speculating. The Bible doesn’t tell us much, and even some of the most reliable early church writers were confused about who he even was.

What we do know is this: as one of the Twelve, Philip certainly held an important role in the early church, and he likely played a key part in spreading the gospel somewhere in ancient Eurasia.

Studying the facts about Philip made us realise that he had a large role in the ministry of Jesus and the days following Jesus’ ascension into heaven. Philip was called by Jesus to follow Him and did not hesitate to go because he had been searching for the Messiah and believed immediately that Jesus was Him.

Not only did Philip follow right away, but he also did not hesitate to tell others about Jesus so we can say that he was responsible for leading the man (Nathaniel) to the Lord by sharing the truth of the gospel.

The conversion of the Ethiopian eunuch is seen as the model of evangelism, teaching grace through faith in Christ. His death is not something that has been documented and isn’t that a good thing? After all, it was his life as an evangelist that is most memorable and extraordinary.