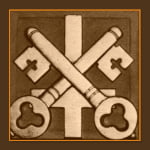 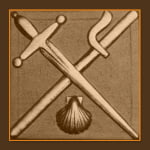 聖詹姆斯大帝 was the first apostle to be martyred for following Jesus. His death is one of the only two apostles’ death that is recorded in Scripture. In Acts 12: 1-2, it is written, 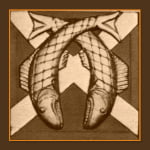 聖安德魯 was Peter’s brother and it is believed that he, too, was crucified. An apocryphal book, The Acts of Andrew, tells of Andrew’s death. According to the account given, Andrew, like his brother, did not believe himself worthy to die in the same manner as Jesus and was also crucified. His crucifixion, however, was different in that he was bound, rather than nailed, to an X-shaped cross. He was martyred in the Greek city of Patras in 60 AD.

There is more than one version of how the Apostle Bartholomew’s died. It is almost certain he was martyred but there are several ways his martyrdom occurred. 聖巴塞洛繆 was probably martyred—but like many of the apostles, there are several ways it may have happened. The most well-known account is that he was scourged and then beheaded.

We may receive a commission for purchases made through the following affiliate link.

However, most scholars don’t accept Heracleon’s account. Because they are closer to the time when the events actually happened, earlier records are considered to be more dependable. Earlier accounts agree that 聖馬太 was martyred. Disagreement is in that they do not agree on how or where this occurred. The choices are, burned, beheaded, stoned, or stabbed.

小聖詹姆斯 was a significant leader in the Church, but James son of Alphaeus (James the lesser), was mentioned only twice in Scripture and is one of 最曖昧的使徒.與其他一些使徒一樣，亞耳腓的兒子雅各是如何死的也存在分歧。

狂熱者圣西門 is one of the vaguest apostles. Although he was one of the 12 main disciples of Jesus, other than being named in the lists of the apostles, nothing more is told of him in the Gospels. There are many accounts of Simon’s death but since the earliest account did not come until centuries after his death, it is difficult to know which is reliable. 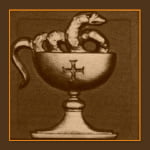 聖約翰 is considered to be the only apostle to die of old age. As Jesus was dying, he commended His mother, Mary to His beloved disciple, John. After Mary’s Assumption into Heaven, John went to Ephesus. There he wrote his three epistles. From Ephesus, he was banished to the island of Patmos. 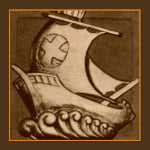 It is customarily believed that 聖裘德 was martyred in Syria when on his missionary journey with Simon the Zealot. Since this tradition comes from the account given in Acts of Simon and Jude, it is not considered absolute. In the story of Saint Jude, we read more about his background and life.