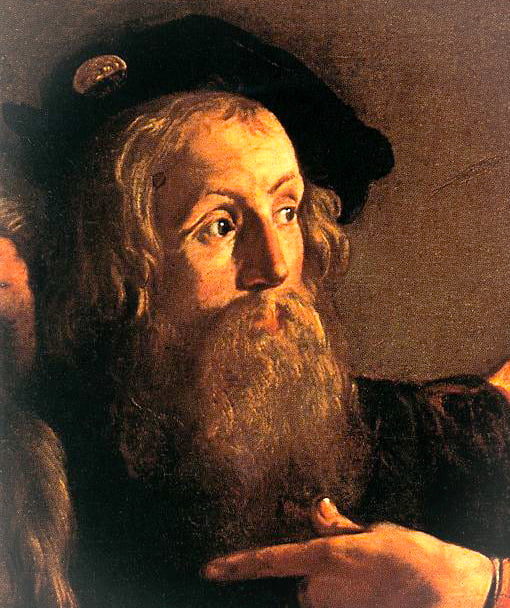 Saint Matthew is widely regarded as the author of Matthew’s Gospel. When Jesus summoned Matthew, he was a tax collector (or publican), one of the most despised professions in ancient Judaism.

On November 16, Eastern Catholics and Orthodox churches commemorate St. Matthew, as well as St. Fulvianus, a prince who is said to have converted from paganism after Matthew’s martyrdom.

The Gospel accounts of Mark and Luke, like Matthew’s, describe Jesus’ encounter with Matthew in the unexpected context of Matthew’s tax-collecting duties.

Because they worked for the occupying power and often earned their living by collecting more than the state’s due, Jewish publicans who collected taxes on behalf of the Roman rulers of first-century Judea were reviled and even hated by their communities.

Saint Matthew is a surprisingly obscure New Testament figure, with only a few mentions in the gospels.

Even though the church has long held him to be the author of the Gospel of Matthew, little else is known about him.

While Matthew is remembered as a martyr, no one knows where or how he died. Various accounts claim he was beheaded, stoned, burned, or stabbed; one even claims he died naturally, as did John.

Levi, the son of Alphaeus, was a 1st-century Galilean (presumably born in Galilee, which was not part of Judea or the Roman province of Judea), according to the Gospels. He would have been fluent in Aramaic and Greek as a tax collector. His fellow Jews would have despised him for allegedly collaborating with the Roman occupiers.

Following his summons, Matthew invited Jesus to his home for a feast. When the Scribes and Pharisees saw this, they chastised Jesus for eating with tax collectors and sinners. This prompted Jesus to respond, “I did not come to call the righteous, but sinners to repentance.”

On the same day that Jesus invited Matthew to follow him, Matthew hosted a large farewell feast in his home in Capernaum, inviting his friends to meet Jesus as well. Instead of collecting taxes, Matthew began collecting souls for the kingdom of God.

Matthew, despite his sinful past, was uniquely qualified to be a disciple. He kept meticulous records and was a keen observer of people. He paid attention to the smallest details. Those characteristics came in handy when he wrote the Gospel of Matthew some 20 years later.

On the surface, Jesus’ choice of a tax collector as one of his closest followers appeared to be scandalous and offensive, given that tax collectors were widely despised by Jews.

Nonetheless, of the four Gospel writers, Matthew presented Jesus to the Jews as the long-awaited Messiah, tailoring his account to answer their questions.

Matthew was one of Jesus Christ’s 12 disciples. As an eyewitness to the Savior, Matthew recorded in the Gospel of Matthew a detailed account of Jesus’ life, the story of his birth, his message, and his many deeds. He was also a missionary, spreading the gospel to other countries.

Matthew kept meticulous records. He understood the human heart and the Jewish people’s longings. He was devoted to Jesus and, once committed, never wavered in his devotion to the Lord.

Matthew, on the other hand, was a thief before he met Jesus. He considered money to be the most important thing in life and violated God’s laws to enrich himself at the expense of his countrymen.

Matthew set out to spread the message after completing his Gospel. He is thought to have visited Syria, Media, Persia, Parthia, and even Ethiopia.

According to Muslim exegesis, Saint Matthew and Saint Andrew were the two disciples who went to Ethiopia (not an African country, but a region called ‘Ethiopia’ south of the Caspian Sea) to preach God’s message.

The Gospel of Matthew

One of the Matthew the Apostle facts is that Matthew’s Gospel was placed at the very beginning of the New Testament. It was thought to be the first Gospel written, but we now know that the Gospel of Mark predates it. Because it is the Gospel most concerned with Judaism, it serves as an appropriate transition from the Old Testament to the New Testament in the Christian Bible.

Matthew became the most important Gospel text for first- and second-century Christians because it contains all of the elements essential to the early church: the story of Jesus’ miraculous conception; an explanation of the importance of liturgy, law, discipleship, and teaching; and an account of Jesus’ life and death. The Gospel of Matthew has long been considered the most important of the four Gospels.

While second-century church tradition maintains that Matthew, a former tax collector and one of Jesus’ Twelve Apostles, also known as Levi, wrote the Gospel, scholars today maintain that there is no clear proof of Matthew’s authorship.

Instead, the author was most likely a Jewish member of a learned community where study and teaching were fervent forms of piety, and the Gospel was most likely written between 80 and 90 a.d.

It’s difficult to tell how Matthew died, as it is for most of the apostles. His death is the subject of many contradictory accounts. According to the earliest documents, he served in Ethiopia (not what we think of as Ethiopia, but an area south of the Caspian Sea), Persia, Macedonia, and/or Syria.

Heracleon, one of the earliest New Testament commentators, is quoted by Clement of Alexandria as saying that Matthew died naturally.

All of the other early accounts of Matthew’s death say that he was martyred, but they differ about how or where this occurred. According to the early church fathers, he was burnt, stoned, stabbed, or beheaded because of his religion.

The name Matthew means God’s gift. In the story of his calling, Mark and Luke call him “Levi.” Perhaps this was his original name, and when he became a disciple, Jesus gave him a new name. It has also been proposed that he was simply a member of the Levite tribe.

What is the definition and meaning of Patron Saints, and why were these individuals chosen to be patrons of causes, professions, and countries?

In Christian religions, including the Roman Catholic religion, the term “Patron” refers to holy and virtuous men and women who are regarded as defenders of a specific group of people or a country. There is a patron for virtually every cause, country, profession, or special interest. St. Matthew is the patron of accountants, bankers, bookkeepers, customs officers, money managers, stockbrokers, and tax collectors.

Little is known about St. Matthew, except that he was the son of Alpheus and was most likely born in Galilee. He worked as a tax collector, which was a despised occupation during Christ’s time.

According to the Gospel, Matthew was working at a collection booth in Capernaum when Christ approached him and said,

Matthew became a disciple of Christ through this simple call.

From Matthew, we learn about Christ’s many deeds and the message of salvation that He spread to all who come to God through Him. Scholars are confident in the authenticity of Matthew’s Gospel account because it tells the same story as the other three Gospels. His book is the first of the four Gospels in the New Testament.

#1. Where is Saint Matthew from?

#3. What did the Roman empire order Matthew to collect?

#4. What Century was apostle Matthew given birth to?

#5. Jesus' main opponents, according to Matthew's Gospel, are?

#6. Where was Matthews's place of death?

#7. How many living creatures are Matthew depicted in Christian art?

#8. What is the origin of the apostle Matthews's name?

#9. What happened to Matthew in the Bible?

What was Matthew’s occupation?

Matthew was a tax collector.
This answer is based on information found in Bible (Mark 2:14). As a tax collector, Matthew would have been responsible for collecting taxes on behalf of the Roman government from the people living in his region. Tax collectors were often despised and looked down upon by their fellow Jews because they were seen as collaborators with the Roman authorities.

What is the significance of the calling of Saint Matthew in the Bible?

Matthew’s calling is seen as significant because it shows that Jesus was reaching out to those society deemed as outcasts, such as tax collectors, to join his ministry.

How is Saint Matthew portrayed in art throughout history?

Matthew is often depicted as a young man, holding a quill and inkwell, symbolizing his role as a scribe or writer.

What are some of the differences between the Gospel of Matthew and the other three gospels in the New Testament?

Matthew’s gospel places a strong emphasis on the fulfillment of Old Testament prophecy in Jesus and his teachings, it also focuses on the teachings of Jesus

What are the traditions surrounding the death of Saint Matthew?

Tradition states that Matthew was martyred while preaching in Ethiopia, though the details of his death are not mentioned in the Bible.