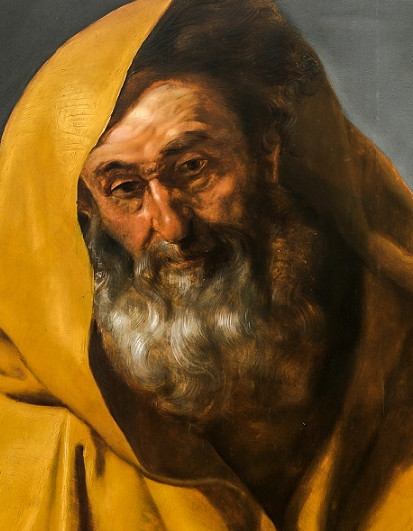 Characteristics of Apostle James the Lesser

The characteristics of Saint James the Less or James the Younger made us believe he was one of the later disciples called by Jesus.

St. James the Less, the author of the first Catholic Epistle, was the son of Alphaeus of Cleophas.

His mother, Mary, was either a sister or a close relative of the Blessed Virgin, and for that reason, according to Jewish custom, he was sometimes called the brother of the Lord.

James the Less’ complete anonymity may reveal something profound about his character among the characteristics of the 12 apostles.

There’s not much we can say about James, son of Alphaeus, without assuming he was also the brother of Jesus. But the Bible doesn’t tell us he was. It doesn’t tell us anything about him as an individual.

Even as the apostles’ story is continued in the Book of Acts, we still read nothing of James, the son of Alphaeus. It was his lot to be a background disciple. And yet, he still saw and experienced the miracles, the healings, the teachings, and the fellowship of Christ.

He may have been unknown, but obscurity is not an indicator of the condition of a man’s relationship with God.

Despite everything James experienced as a disciple of Jesus, his faith remained weak until after the resurrection. Once, when he and his brother asked Jesus for the privilege of sitting beside him in glory, Jesus promised them only a share in his suffering (Mark 10:35–45).

They were learning that the greatest calling of a servant of Jesus is to serve others. James discovered that following Jesus Christ can lead to hardship, persecution, and even death, but the reward is eternal life with him in heaven.

Three times James, John, and Peter were invited by Jesus to witness events no one else saw: the raising of the daughter of Jairus from the dead (Mark 5:37-47), the transfiguration (Matthew 17:1-3), and Jesus’ agony in the Garden of Gethsemane (Matthew 26:36-37).

But James was not above making mistakes. When a Samaritan village rejected Jesus, he and John wanted to call down fire from heaven upon the place. This earned them the nickname “Boanerges,” or “sons of thunder.”

The mother of James and John also overstepped her bounds, asking Jesus to grant her sons special positions in his kingdom.

According to tradition, he wrote the Epistle of James, preached in Palestine and Egypt, and was crucified in Egypt. James was one of the little-known disciples. Some scholars believe he was the brother of Matthew, the tax collector. James was a man of strong character and one of the fieriest types.

His book shows the difficulties that were troubling the early church people, such as pride, discrimination, greed, lust, hypocrisy, worldliness, and backbiting. James writes to correct these evils by showing that “Faith without works is dead” (James 2:26); that is, the mere profession of faith is not enough.

James was a loyal disciple of Jesus. He had outstanding personal qualities that are not detailed in Scripture because his character made him one of Jesus’ favourites.

James “the Less” and Judas were assigned to the management of the multitudes. It was their task to deputize a sufficient number of assistant ushers to maintain order among the crowds during the preaching.

Read the 12 apostles and their characteristics

James, the apostle, was one of the 12 original apostles. He was the son of a man named Zebedee and the older brother of John the Apostle. James was a fisherman, as were his father and brother.

He was one of the first apostles to be called by Jesus. Jesus gave John and James the surname of Boanerges, which means “sons of thunder.” Together with Peter and John, James was a close confidant of Jesus, being present at many important events, including the resurrection of the daughter of Jairus, Jesus’ transfiguration, and the agony in Gethsemane.

Having been beaten to death, a club almost immediately became his symbol. This led to his patronage of fullers and pharmacists, both of whom use clubs in their professions. He is reported to have spent so much time in prayer that his knees thickened and looked like a camel’s.

Soon after the Crucifixion, James said he would fast until Christ returned; the resurrected Jesus appeared to him and fixed a meal for James Himself.

This James is generally identified with James the Little or the Less, the brother of Joseph and son of Mary, MAT 27:56; MAR 15:40. In each list of the apostles, he is mentioned in the ninth position. He is said to be the brother of Jude, JUD 1:1. We know very little of his background except that some teach that he was known for his quietness and humility.

He lived in Galilee with his brother Jude. Jude was also called to be a disciple by Jesus. Not much is known about James; little is mentioned in the Bible about him. However, he was known to be quite a fiery, boisterous person, the passion aiding him in spreading the Gospel. James preached all across Egypt and Palestine.

James, the son of Alphaeus, is not to be confused with James, the son of Zebedee. The two James are distinguished from each other by the name of their fathers. The four times that he appeared in the New Testament were in a list of the 12. He was eventually put in charge of the church of Jerusalem.